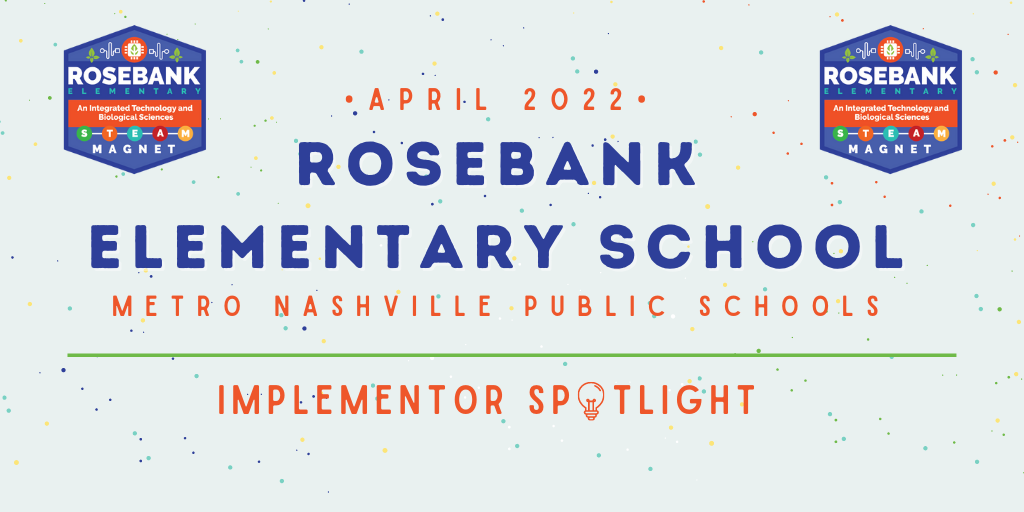 Rosebank Elementary School in Metro Nashville Public Schools aligned their RTI2 and RTI2-B frameworks in 2017. Their primary purpose for implementation was to address behavior and academics at Rosebank, which they described by saying, “we want to teach students the skills to be successful for life and coming to school ready to learn.”  They have continued to reach for this goal by working hard to successfully be taken off the Priority School List in the Fall of 2021.

Before the school initially started implementing, there were many concerns about student academic and behavioral success. In fact, it was challenging for them to acquire and retain substitutes in the building due to behavioral concerns early in their implementation. However, over time and with consistent implementation across all staff, subs now readily come to the building due to the school’s positive climate!

The School Leadership Team integrated the Academic and Behavioral Data Teams in 2018 to simultaneously address academic and behavioral concerns. During each grade-level RTI2-A + RTI2-B meeting, they utilize an adapted Team Initiated Problem-Solving Protocol (TIPS; Todd, Cusmano, Preston, 2015). The School Psychologist and RTI Interventionists review student intervention data (e.g., progress monitoring and fidelity), universal screening data, and teacher requests to identify the students whom the Grade Level Data Team should discuss. This includes students who are not responding to the intervention, students who may need intervention, and students who are ready to exit interventions. To learn more, watch this video to see a team at Rosebank show an example of what a data team meeting might look like!

We are proud of Rosebank’s hard work to serve both the academic and non-academic needs of students!